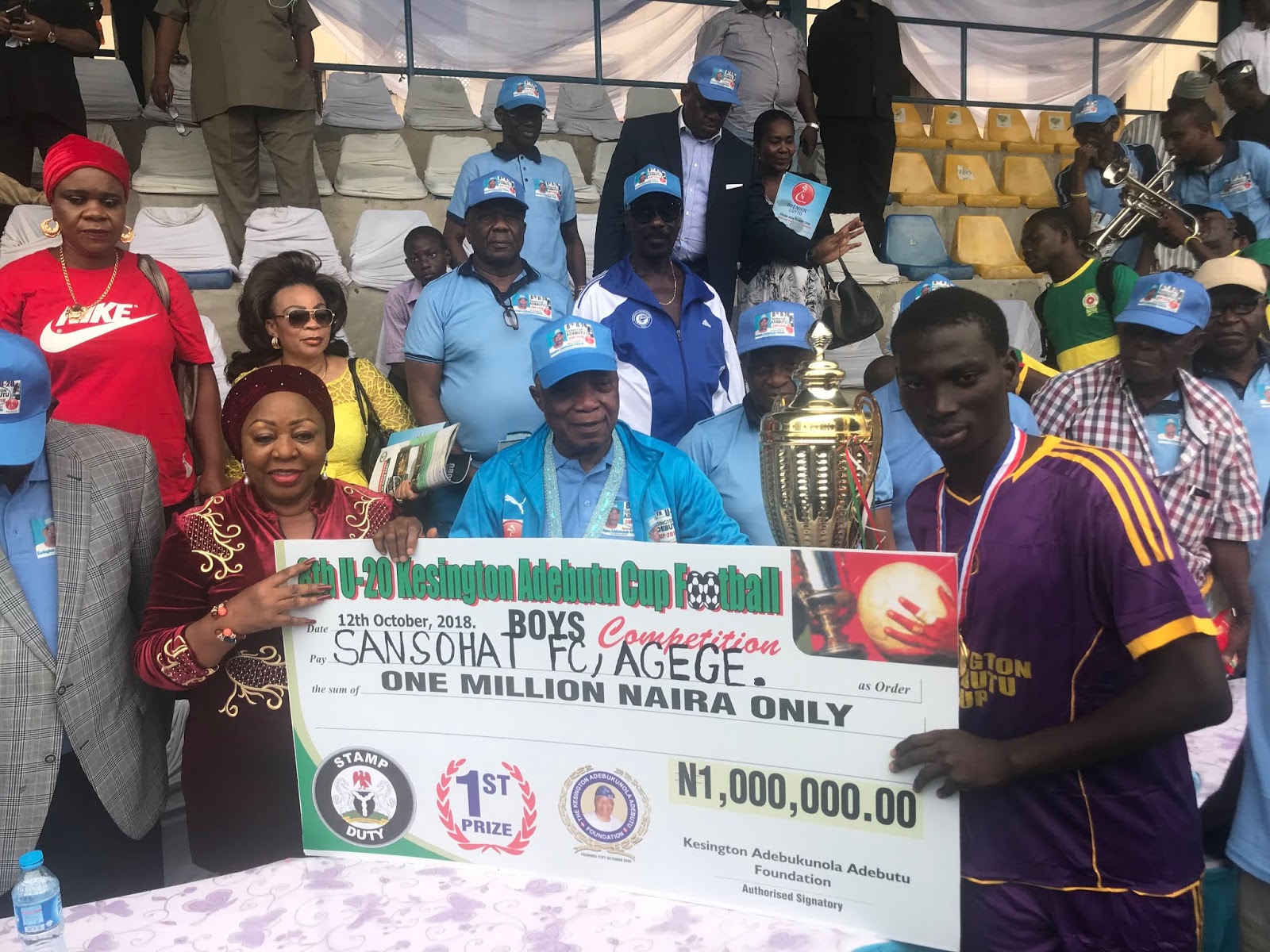 This year’s edition of competition organized by the South West Youth Soccer Association and sponsored by Sir Kesington Adebutu, CON, Chairman, Kesington Adebukunola Adebutu Foundation, is part of activities marking the  birthday celebration of the sponsor who turns 83 on October 24, 2018. 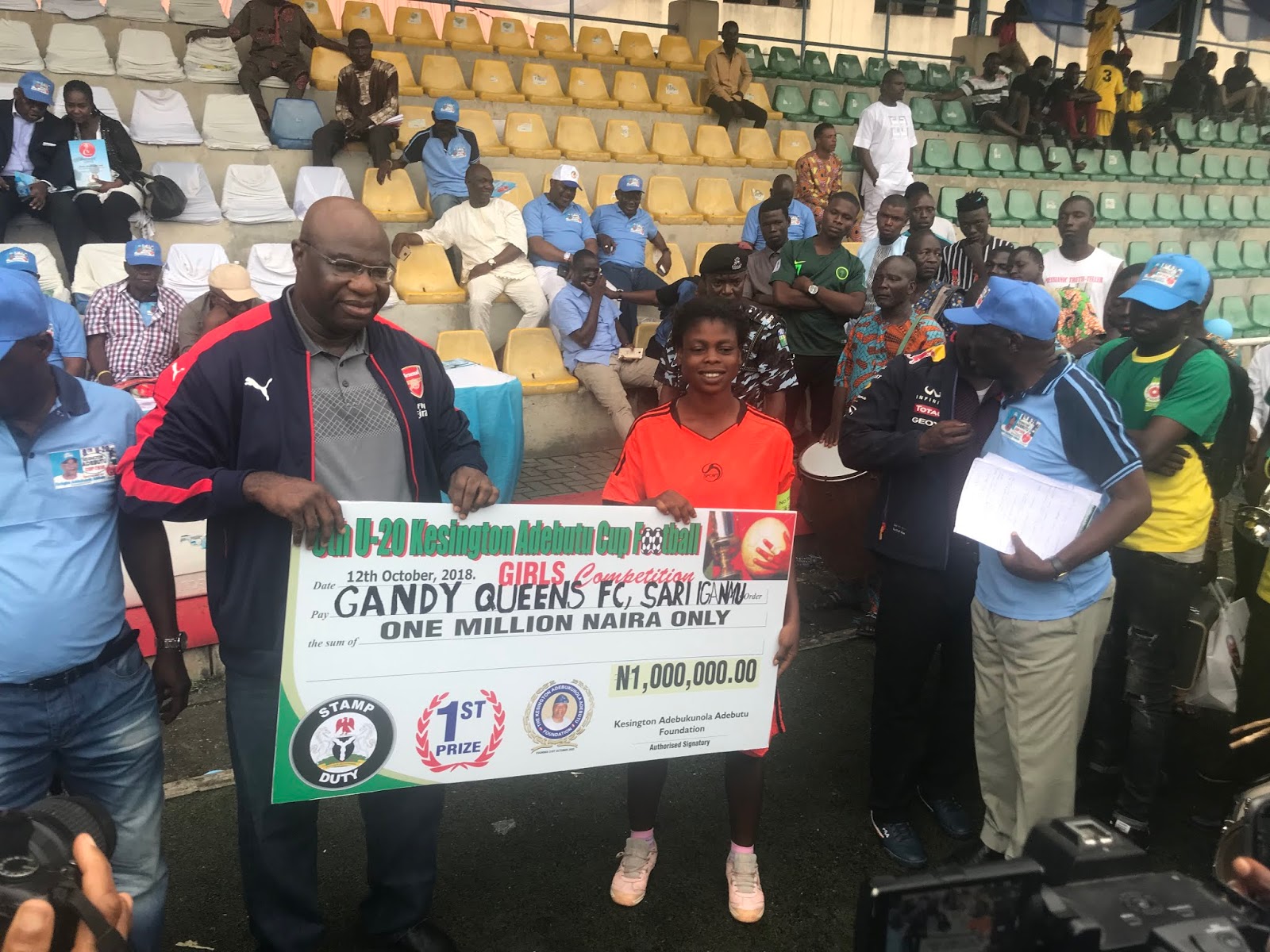 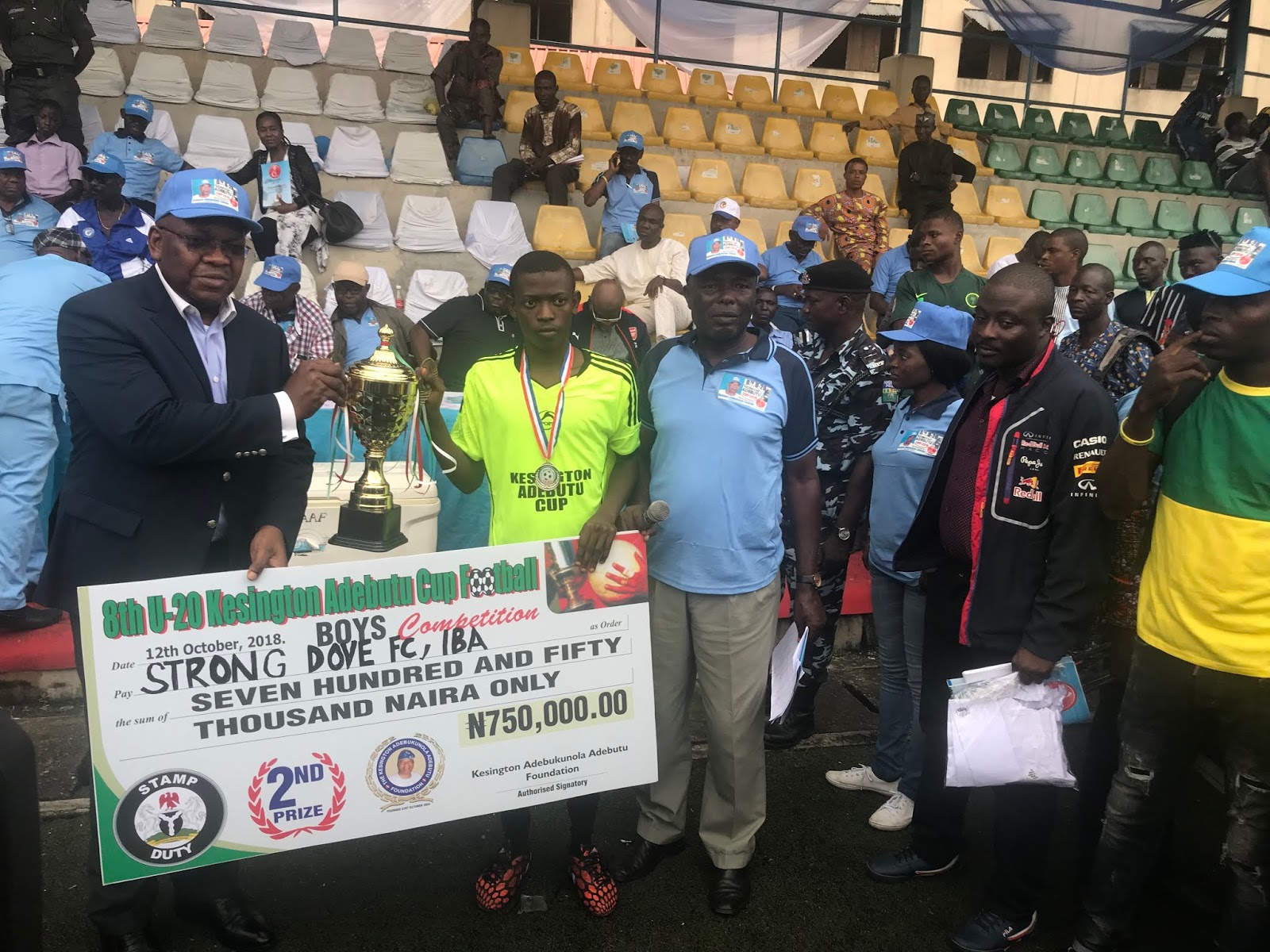 The overall winner in both Boys and Girls categories were rewarded with the sum of one million Naira, while the second, third and fourth placed teams went home with the sum of N750,000, N500,000 and N250, 000 respectively. 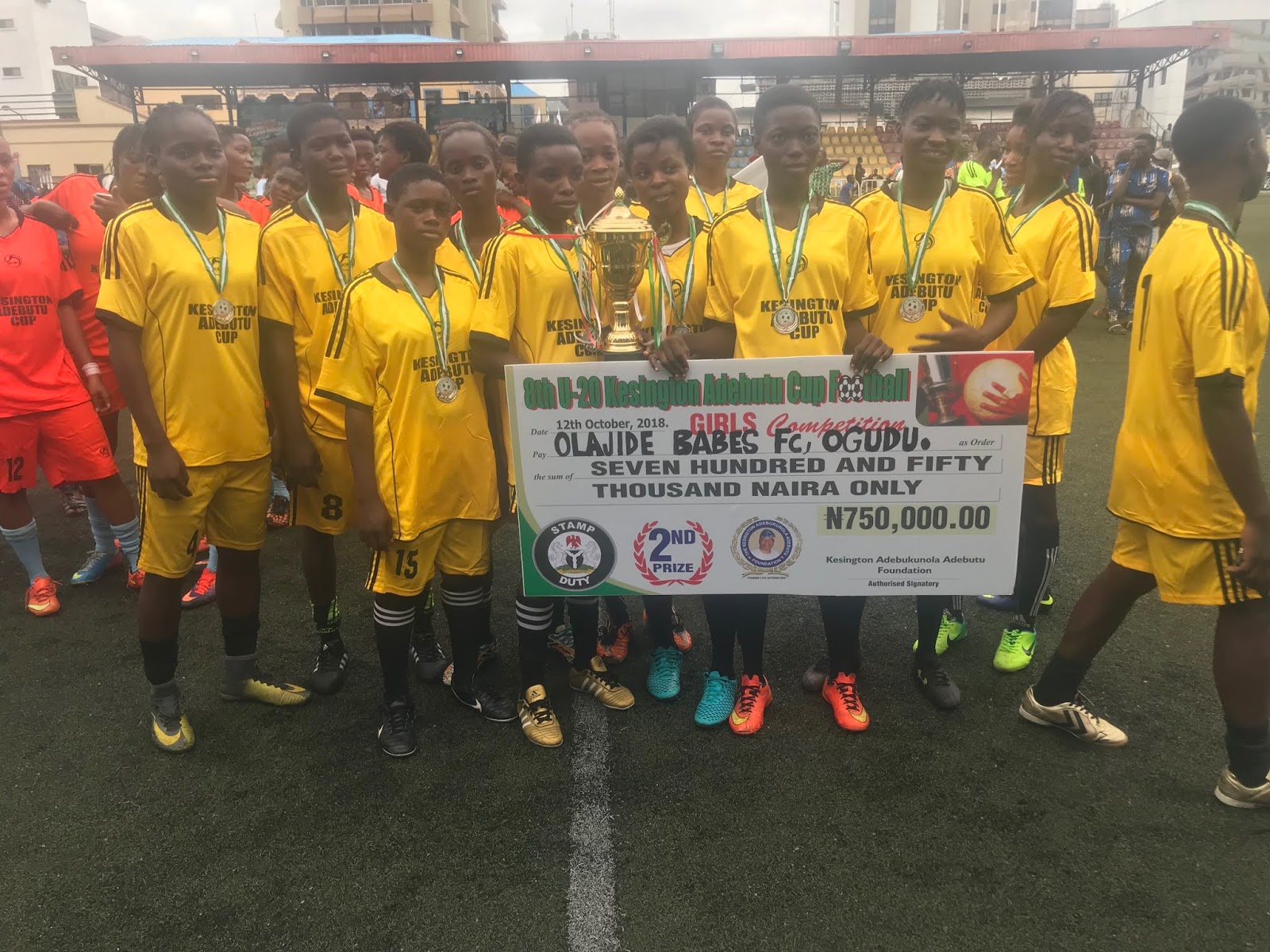 In his welcome address, Secretary of the association, Aiu Olawale Ganiyu called on other corporate organization to emulate the philanthropist by giving back to the society. 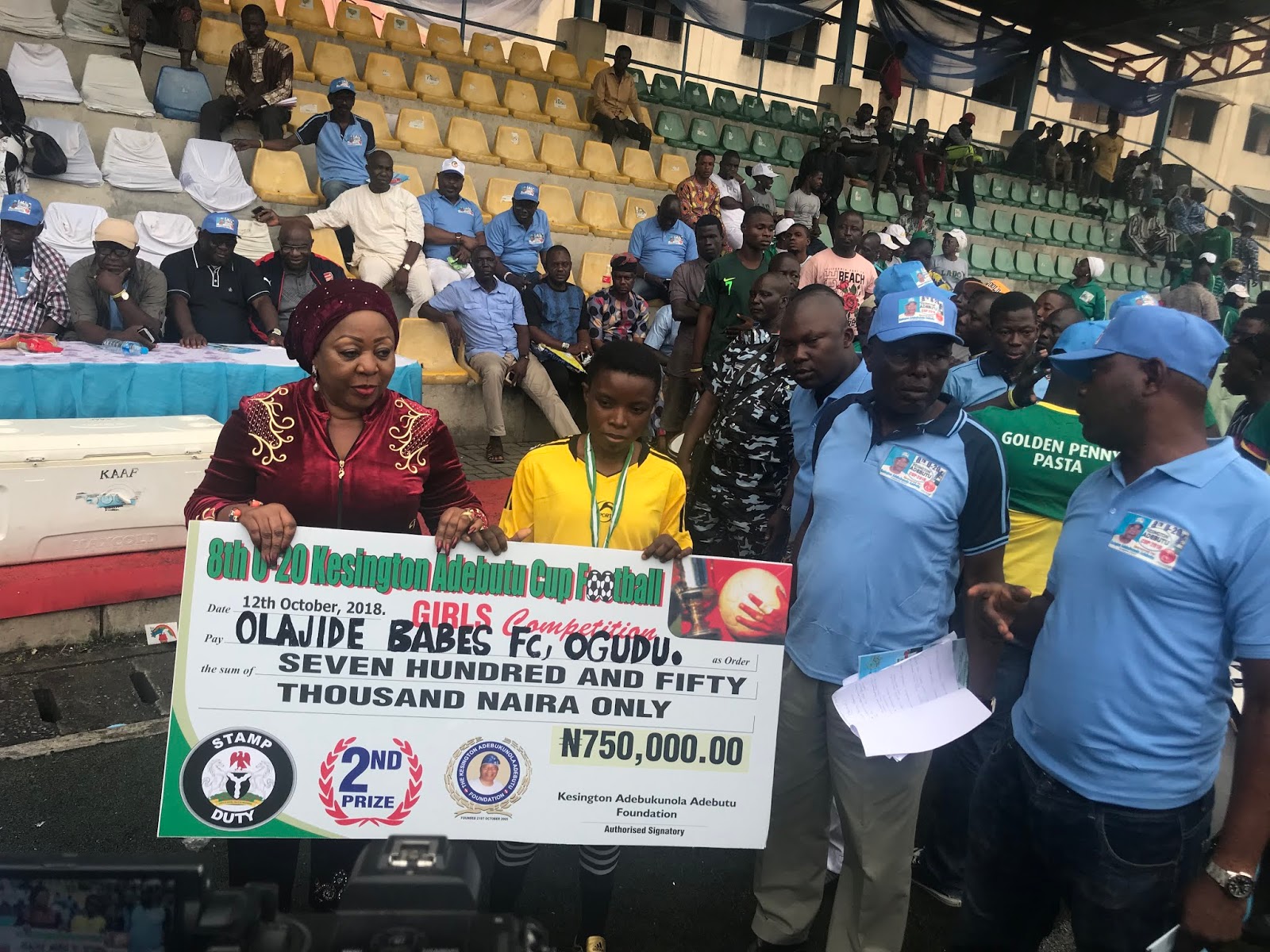 The main aim of this competition is to discover and develop young talented players, which will help in developing the game of football, and will go a long way to motivate the players, equip and give them the necessary exposures to exhibit their God’s given talents. We appreciate Sir Kesington Adebutu for finding means to bring smile to the faces of our youths despite the deplorable economic condition facing the country,” Aliu said.